and His Restoration of Wander Bird

“A project like restoring the old schooner on a shoestring, without grants, nor non-profit status, nor institutional umbrella, takes considerable passion.”

“Harold Sommer was one of the last of a can-do type from the tail end of “the greatest generation,” an exceptional man among the extremely competent. He advanced respect for our maritime history, crafrtsmanship and he shared skills among so many and to a degree hard to fathom in this Facebook era. The vessels he so artfully preserved – the schooner Wander Bird (built in 1883), the gaff-sloop Freda (1885) the steam launch Restless (very old) – would have surely gone-lost without Harold. Just as notable are the many he inspired, helped, taught, and with whom he shared his quiet good humor. They include San Francisco bar pilots, a who’s-who of tugboat and ship captains, varsity schooner captains, captains of industry, a rock star, and impoverished young dreamers.

A pair of the latter who showed aptitude, thus got tucked firmly under Harold’s wing, are Billy Martinelli and Kit Africa who made the most of what they learned working with Harold aboard the ‘Bird, and with extremely talented old-timers, the master craftsmen Harold and his project also attracted. Martinelli and Africa have in turn shared that knowledge, those skills, and now they help us look back at our remarkable friend in this film.

A project like restoring the old schooner on a shoestring, without grants, nor non-profit status, nor institutional umbrella, takes considerable passion. We assume Harold had plenty, but he never really let-on. Bringing the big old boat back as properly as possible was simply the way it was done. The great energy, historically appropriate artistry in wood and metals and levels of craftsmanship were givens, acknowledged but not shouted nor dwelled upon. All the while the project was underway, Harold’s font of maritime historical knowledge got shared tidbit after tidbit until we, his pupils, absorbed much about our maritime and society’s past couple hundred years. Many of us greatly regret not having tape recorded Harold when we had the chance, when he was telling how and why this vessel or that was designed, built, lost or managed. An extraordinary wealth of knowledge died with Harold, but we’re glad for this film, for now more people can appreciate our unusual, enjoyable, most talented friend.” 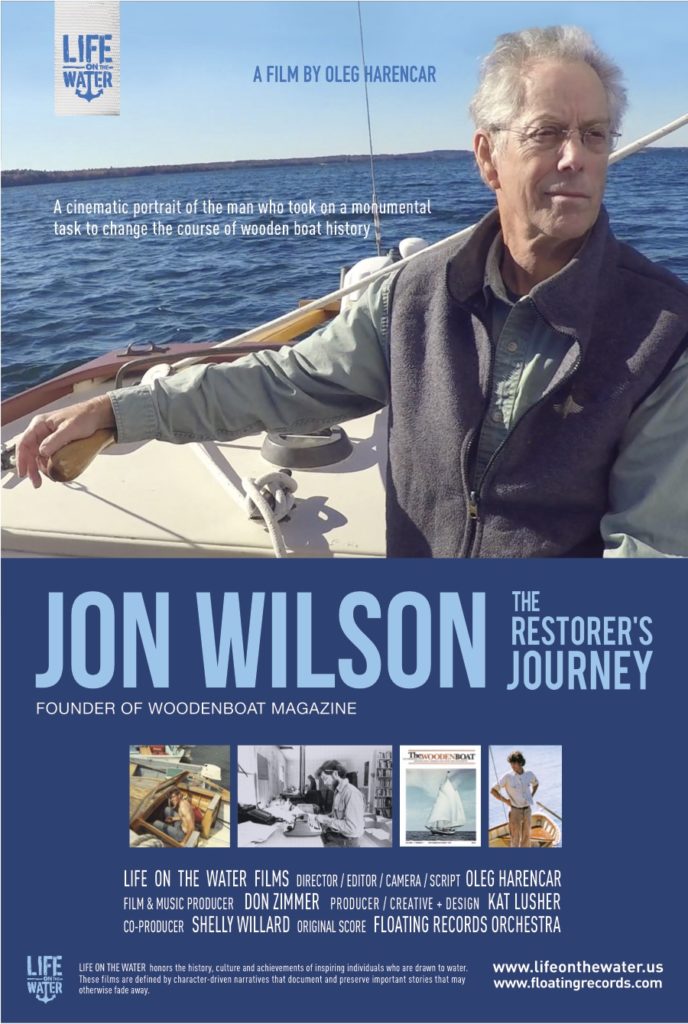